When Pete Einstein founded SonPower Ministries, he felt a burden to sing in a way that would glorify the Lord, while capturing the spirit of today’s Christianity. By combining a contemporary vocal style with lyrics straight from God’s Word, he has been able to create music that touches the hearts and lives of people living in a lost and hurting world. Growing up in Carlisle, Pennsylvania, Pete cut his teeth on jazz, pop music and rhythm and blues. His soul groups backed up many of the top Motown acts which visited the region. His musical travels took him from Miami, to Tucson and Los Angeles, where he got caught up in occult and New Age practices.

Pete married Fran, his wife in 1979. He gave his life to Christ in 1981 and went through ten years of spiritual growth and seasoning before writing and recording the “new songs” God had placed upon his heart. Although he neither reads nor writes music, Pete has composed a number of original compositions. In March 1997, he completed his first full-length CD of original music entitled Work To Do. Two songs from that album won recognition in the Billboard International Songwriters Contest. More recently, Pete released Jubilation Journey, a CD which explores the joy and the struggles of the contemporary Christian experience. 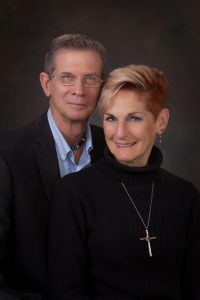 Pete has graced the stage with numerous nationally-recognized Gospel artists and has appeared at several major Christian music festivals. No matter what the venue, Pete offers fresh, relevant vocal performance with a Christ-centered message … right from the soul. He is a bold communicator whose Spirit-filled music and challenging teaching will minister to hearts of all ages.

Today, he and Fran travel extensively as “state-side missionaries,” ministering in music and the spoken Word in churches, special events, conferences and retreats.

Pete and Fran also have an extensive prison ministry throughout the region and within the state penitentiary system and Pete facilitates a weekly discipleship class at a local county facility. He recently released his first book – The Inmate Within: Prison Ministry, A Haven of Hope – based on more than 20 years of prison experiences.

Peter K. Einstein is available for:

There are no upcoming events.